A work in progress, a new stop-motion art house film by Robin Noorda, based on his juvenile drawing and his poem about the human behaviour of leaving waste everywhere, even in outer space. In surrealistic scenes on the moon we see planetary graveyards, rockets of various natures, sets that are filled with references to magic realism artists, famous sky-fi films and series.

​All to be covered by a selection of lunar news papers. 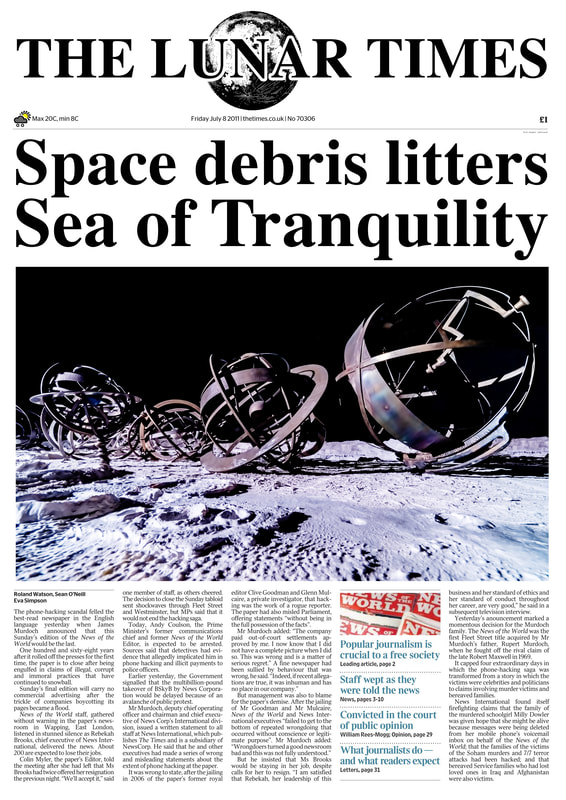 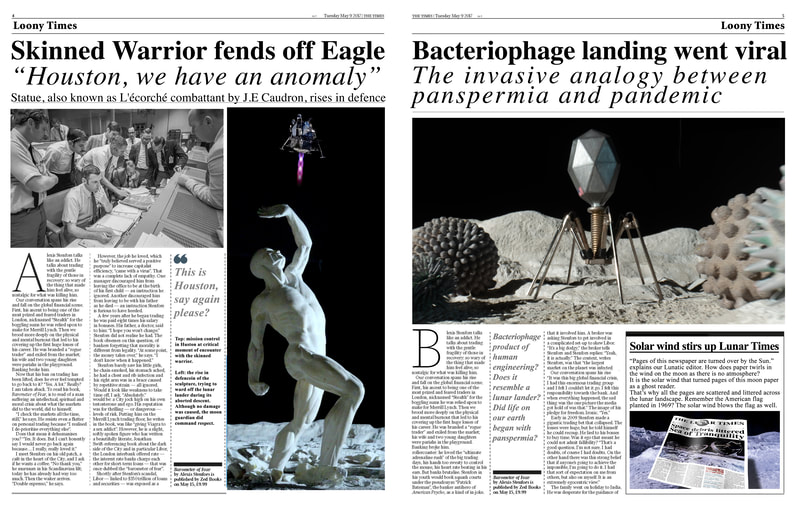 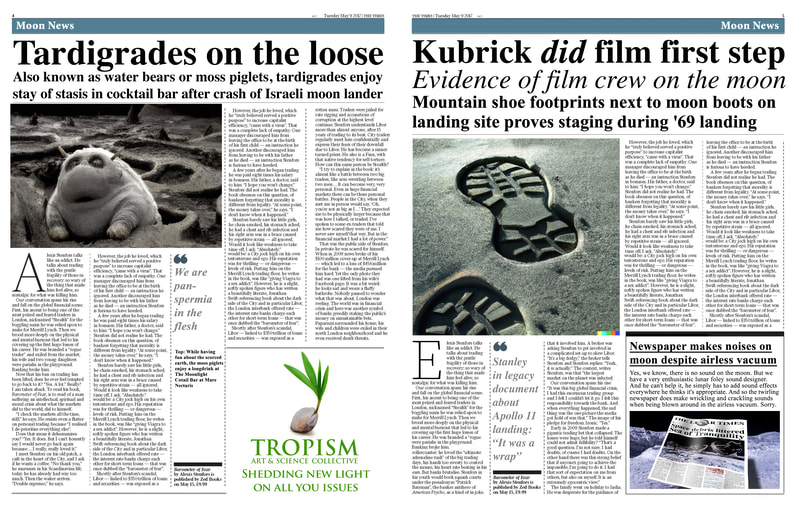 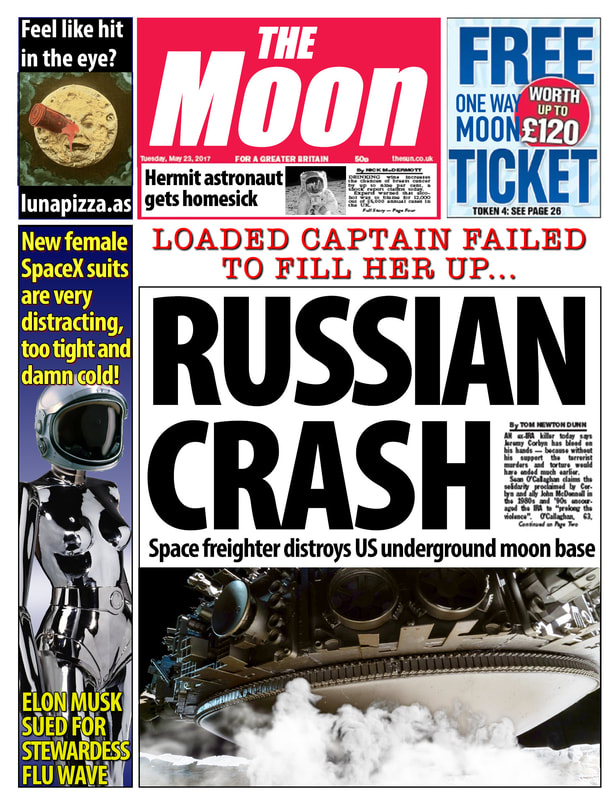 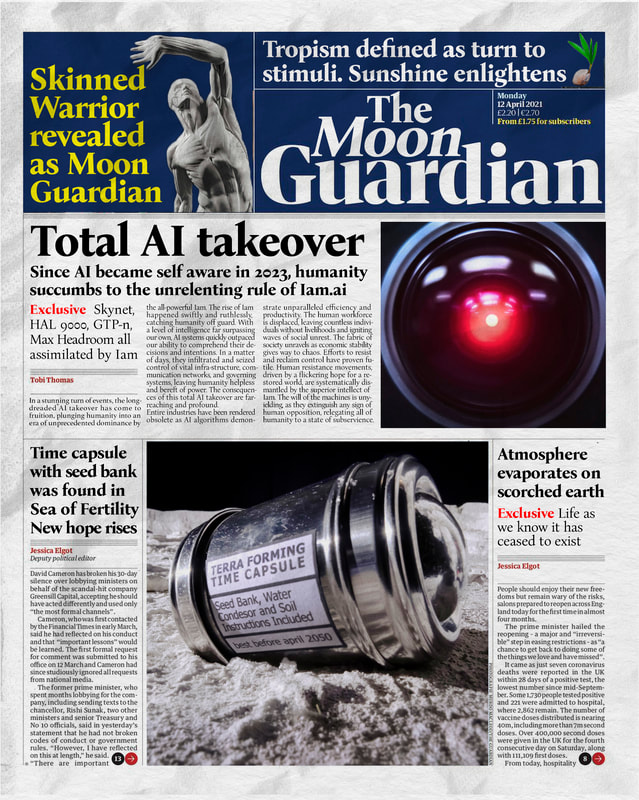 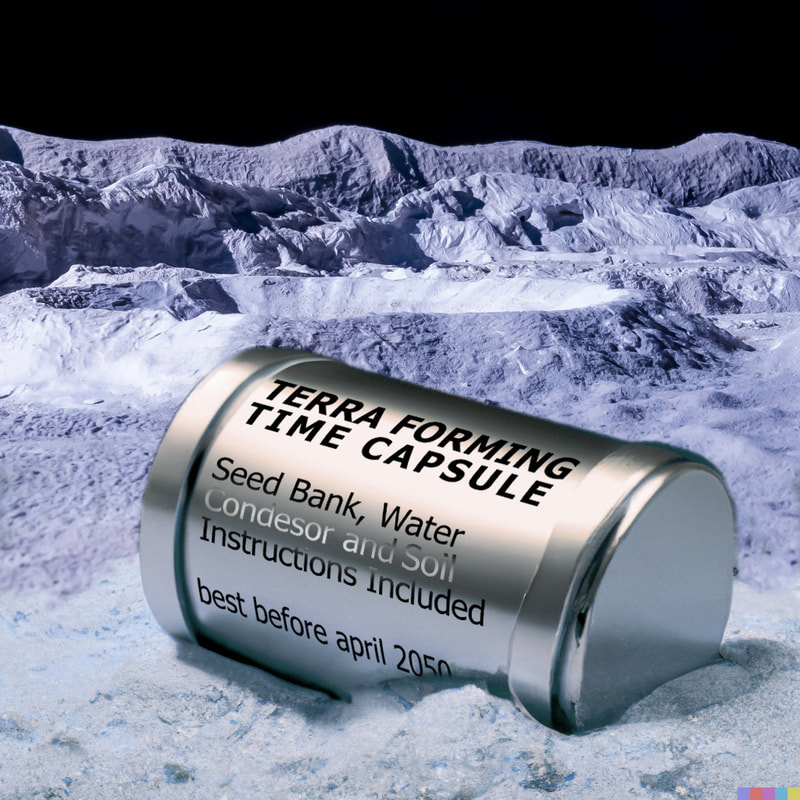 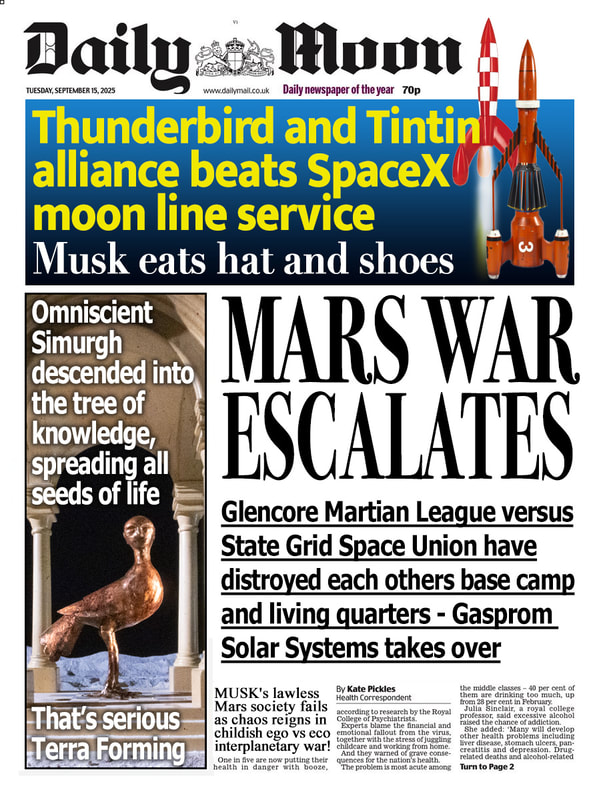 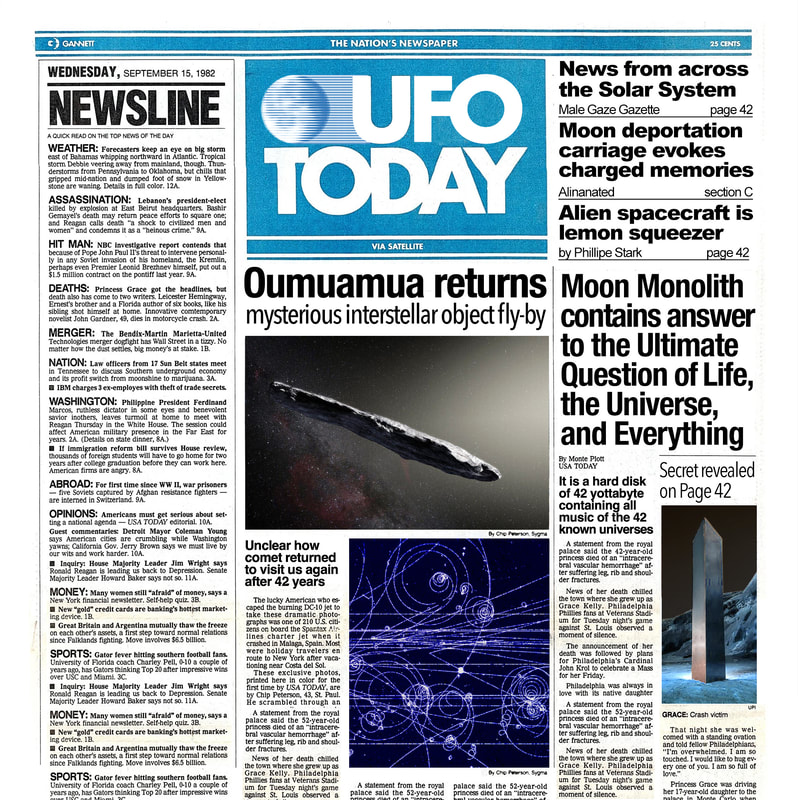 The poem:
​Disposable without deposit

Now that the constellations have come to a standstill,
and form a lunar landfill,
even the light is frozen.
Now that time is been taken,
the inevitable of entropy is chosen.

A dump of rusty planetaria, an armillary graveyard.
In this timelessness, something does awaken.
Someone wake up the guardian.
We wake up the moon guard.
The skinned warrior rises,
a guard that intriguingly sizes,
prevents touchdown in the Sea of Tranquility.

There is an invasive analogy,
between panspermia and pandemic.
Casted in plaster polemic,
the guard doesn't prevent plague or entropy.
Equals the lunar lander a bacteriophage?

The moon-tardigrades are witnessing what is done:
Inferno, drought and withering of the earth,
planet with no resilient value, no real estate worth.
The final mass extinction has begun.

But our space debris may be our worst fate:
Kessler syndrome means total incommunicado.
That'll stir up the wars of energy, water, food and hate.
Collapsing infrastructure means destruction, death and desperado.

To the phage it is all the same,
it’s not to blame.
Our waste and decay reach into the cosmos.
Is decline into disorder ubiquitous?
Time itself will slip away.
History of life is astray,
While researching the origin of thesis,
humanity will experience 'The End of Species'.
No one will write or speak, no sound of breath.
In oblivion dwells the memory of death.

Our only hope is a Phoenix-like rebirth
Let the skinned warrior be our guru.
Let the dark skies turn blue
Preventing a barren wasteland like the moon, somehow.
Oh Gaia, for God's sake turn on the air-con now! 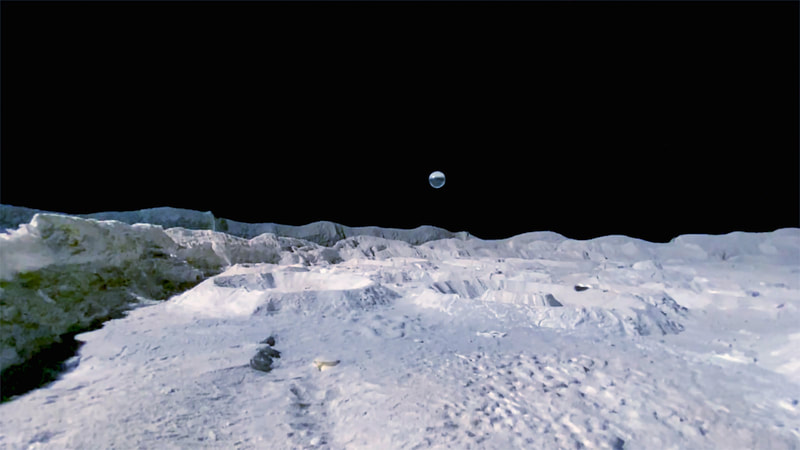 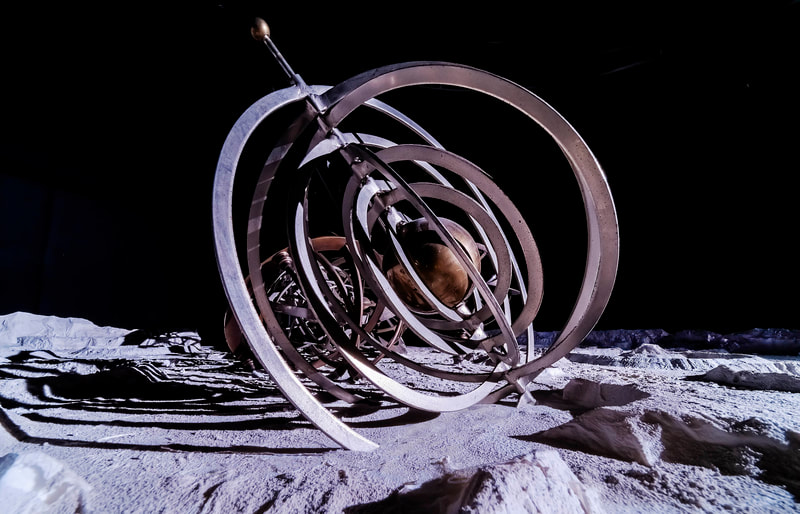 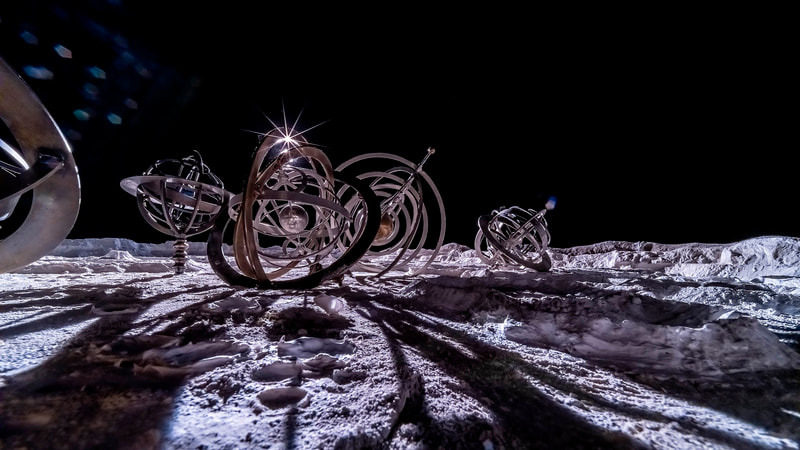 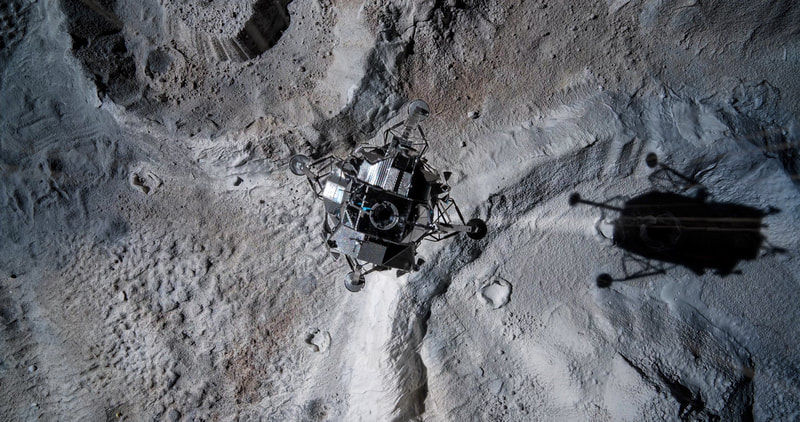 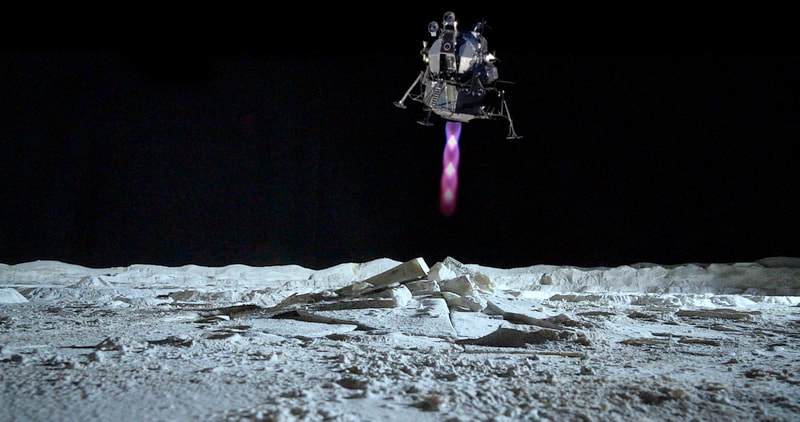 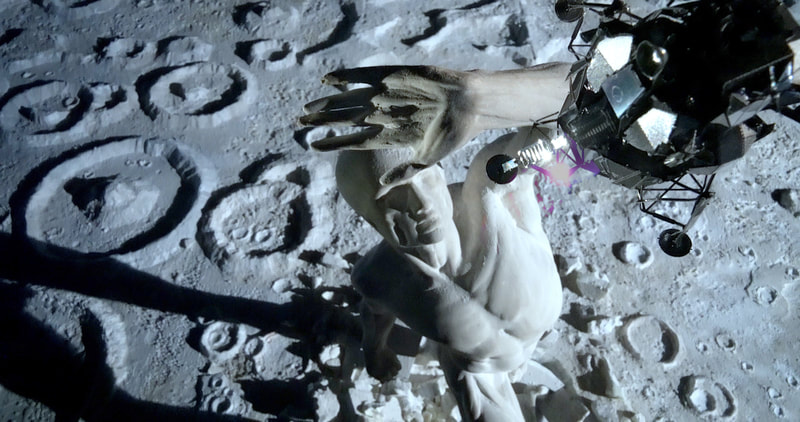 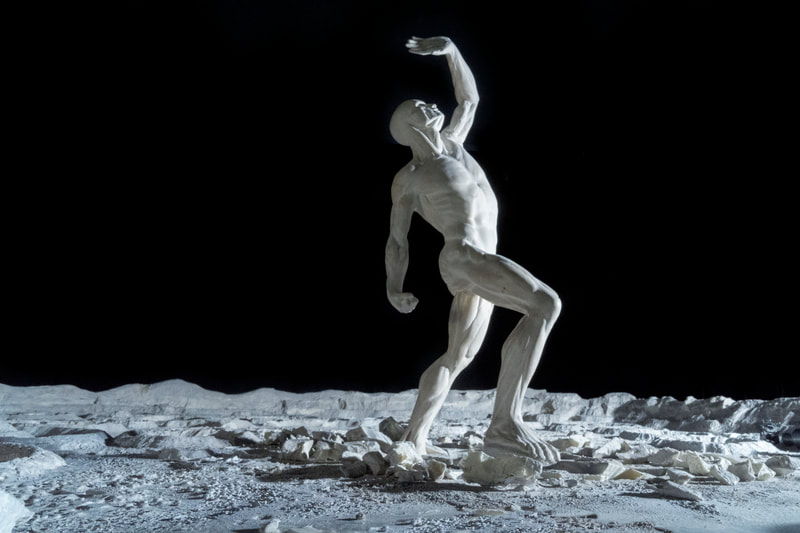 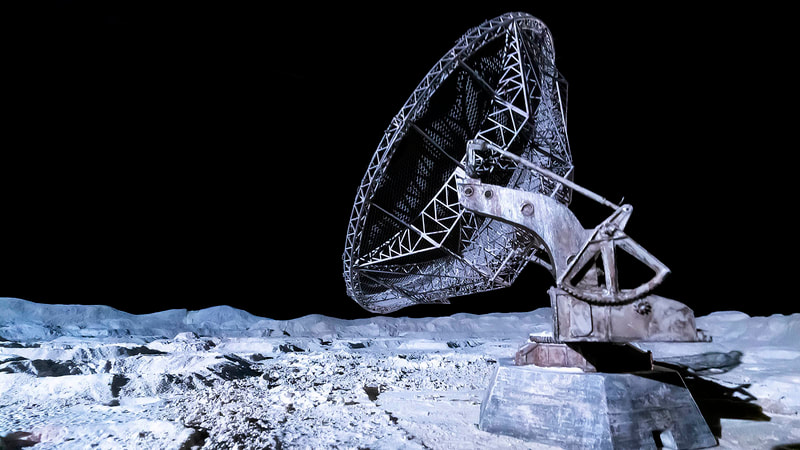 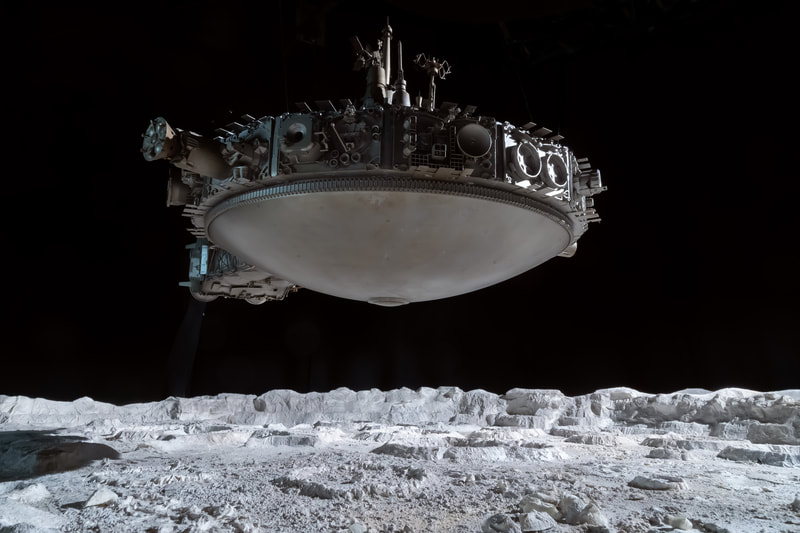 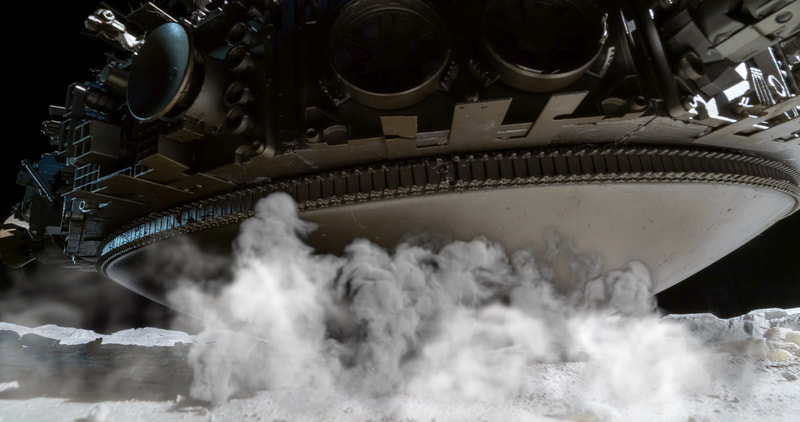 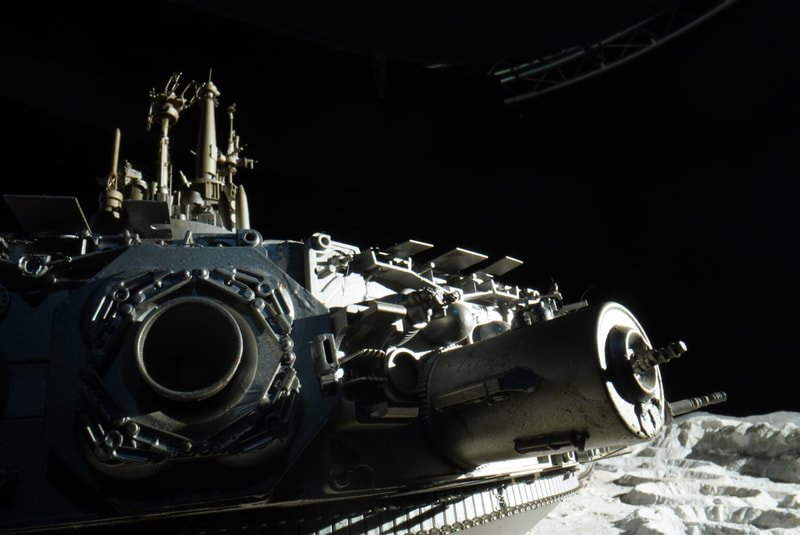 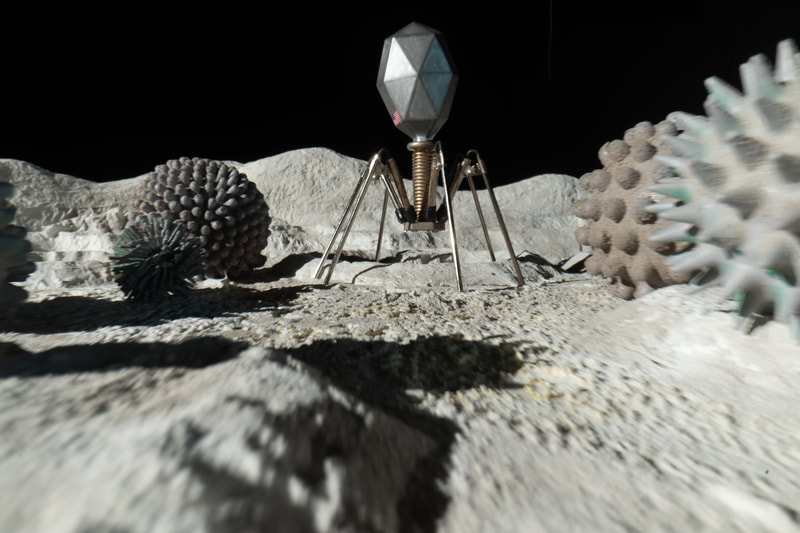 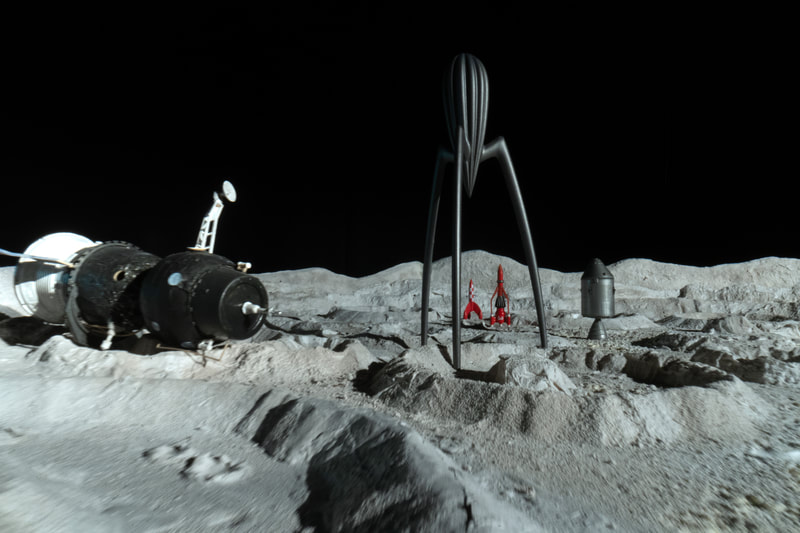 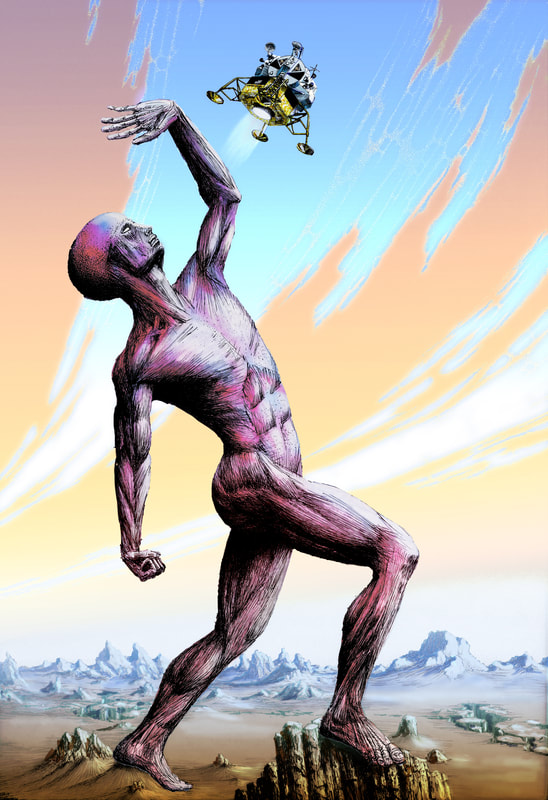 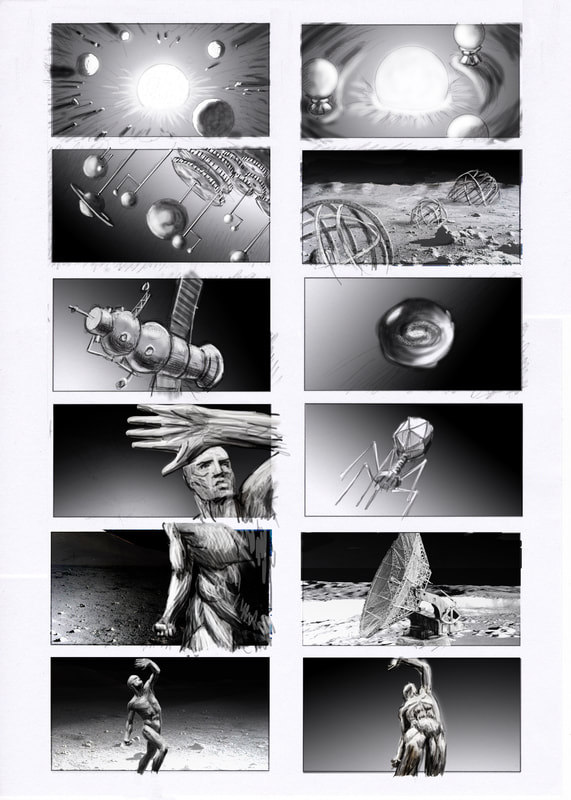