BIOMASSIVE CLEAR-CUT
English and updated version of the original Dutch short film that went viral.
No budget film on deforestation in the Netherlands by the State Forest Administration.
A forest in Schoorl is filmed just before it ends up in the shredder and the landscape is turned into sand dunes.

It is time to turn this process of deforestation around. Therefore we made the Biomassive Clear-Cut movie.
​As artists and designers we spent no effort whatsoever in the look and design of the film. It is pure information without any polishing or artistic ambitions. 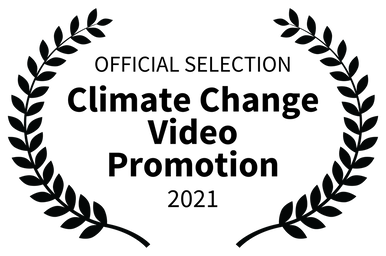 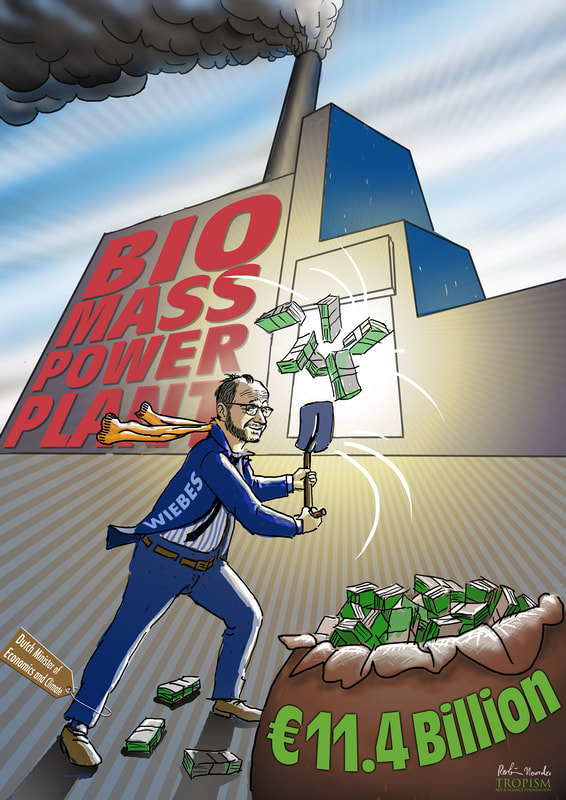 The Dutch minister of Economics and Climate, mr. E. Wiebes spends 11.4 billion on biomass as substitution for coal based power plants. Although the CO2 and ~nitrogen emissions of biomass are higher compared to fossil fuels, they don't have to be accounted for as they are considered CO2 neutral.
Transcription of the voice over text

The Amazon forests are burning and are being cut down at rapid rate whilst uncontrollable fires rage in the polar forests of Greenland & Siberia. Melting permafrost is releasing methane gas, adding drastically to global warming, and Australia's wildfires are having a catastrophic global impact.​
Heat and drought records are constantly being broken and the size of the Sahara desert has begun to spread over the Mediterranean sea to Europe. The United Nations has called for the planting of forests and has warned of great droughts and food shortages.
And what is the response from the Dutch State Forestry Administration? Here in the dunes of The Netherlands, forests are harvested for the desired nature of sand drift barriers and these forests are due to be cut down at any moment. The Dutch Forestry Administration participates willingly in global deforestation and processes all wood in shredders for so-called carbon dioxide neutral biomass which in turn is simply burned. The result of this deforestation is a dramatic increase of carbon dioxide in the atmosphere while hardly any planting of new forests occurs.

The State Forestry Administration claims that it is clearing only 12% of the forest here in the Dutch dunes however this figure only represents last year. The history of satellite images show that much more forests have been cleared and the deforestation does not stop there. Next year a substantial percentage will be cut down yet again. As a governmental organisation the Forestry Administration receives subsidies from the government, however they are now acting as an independent, corporate and commercial logging company. The head of the State Forestry administration sells all the biomass to his own private company which in turn sells it to the power-plants. And all for a hefty profit. The costs of a new headquarters and a CEO earning two tons more than our prime minister - which is officially not allowed in governmental organisations - are actually collateral damage. The real problem is the new corporate mentality that increases the hunger for money.

The coastal forests are no exception as deforestation is huge throughout the Netherlands. From 2001 to 2017 21,000 hectares of forests (equal to 32,000 football pitches) have been lost. In addition to the Dutch Forest Administration, other forestry organisations have also succumbed to lucrative logging subsidies. Members of the public who visit green areas will acknowledge that it is now no longer possible to take a walk in a Dutch forest without being confronted with clear-cut deforestation.
There is no national policy or overview when it comes to deforestation. The promise of replanting is lacking or far behind. The Netherlands is a small country with the fewest forests in Europe and in proportion, we even cut more than what is being cut down in the Amazon forest. Does the State Forestry Administration not see that they will make themselves redundant in the long term?

PR signs along hiking trails in deforestation areas read: ‘nature restoration, creation of top nature, creating sight-lines, improving dynamics, overdue maintenance, biodiversity, rejuvenation, reducing nuisance, thinning, restoring historic heathland, removing exotic species, sunbathing areas for reptiles and of course Security! Because forests are dangerous as trees can just fall over and hit you?
Water levels are also used as an argument to cut down forests as apparently trees absorb too much groundwater. This is a baseless argument because the water levels are regulated by the water board and forests form the basic link in the water cycle. No forests, no rain!

Few realise that a tree primarily consists of materialised air. A tree does not get most of its solid mass from the soil, but consists of the carbon from carbon dioxide in the air, and the older and larger the tree, the more carbon dioxide it absorbs.
Biomass is therefore a more palatable word for a complete forest that has been reduced to a pile of wood chips in the shredder and is used for heating. The carbon dioxide neutrality of biomass is the biggest scam around the subject of climate solutions. Burning wood chips is one and a half times more polluting than coal and even emits three times more emission as gas. It is calculated that combustion of biomass also produces more particle matter than the combustion of coal.
The Dutch government addresses Biomass as carbon dioxide neutral, so that those emissions are considered unaccountable in their administration. This is just a hoax to achieve the European climate targets. Carbon dioxide emissions are actually increasing. Biomass would indeed be carbon dioxide neutral if extra forests have been planted each year over the last thirty years. However even nowadays hardly any replanting occurs.

It is also claimed that for biomass, only scrap wood and residual waste go into the shredder. This has been confirmed by the Dutch minister of Economics and Climate, Mister Erik Wiebes. This is a blatant lie as annual rings in wood-chips prove that whole mature trees are being shred.

The ash tree mortality (from ash dieback disease) is also an argument to cut trees but why then are pine, oak, beech, birch and other trees felled? The Wageningen University advises against felling of ash trees in order to let resistant trees guarantee the survival of the ash tree.
Natura 2000, the European guidelines subsidizing biodiversity, is also misused as an argument to fell trees. An example of this misuse is saying that by felling trees the sand lizards will thrive. Therefore entire forests are felled which Natura 2000 subsidizes. Then the already subsidized shredded forest becomes again subsidized biomass to then be sold to the new Vatt0enfall biomass power-plants.
The invasion of biomass plants from the Swedish energy giant Vattenfall is of course the real problem. They create the need for wood that is so great that, in addition to Dutch wood, 90% has to be imported from North Carolina, Canada and the Baltic States.
Vattenfall makes a disruptive entrance in the Netherlands energy sector. To enable this wood burning and to build a staggering 628 biomass power-plants in the Netherlands, the government spends 11,4 million euros in subsidies. All this is possible thanks to the European carbon dioxide policy and its supposed neutrality.

The world’s biggest biomass producer Enviva, exports solely to the European markets.Enviva says that forests “are simply crops”. Other European countries like the UK and Germany also heavily invest in biomass, but the Netherlands is the leader.
If we take into account the overseas harvesting, production into pellets and the transportation, the Carbon footprint of biomass is more than four times larger than the footprint of gas.
The sand lizard will unfortunately not absorb carbon dioxide and the importance of extra sand lizards is completely negligible. The entire biodiversity argument is misused to mask the disastrous need for wood burning by our new energy consortium. Burning forests is the biggest disaster for the climate. This catastrophe is called ecocide and in addition to the burning of the Amazon forests, is now happening in the Netherlands as well. Burning trees to fight climate change is insane. Real solutions are ignored all in the name of profit.

It seems that there is no other option than to rigorously stop this erroneous policy supported by politicians, energy profiteers, forest squanderers, subsidy harvesters and PR shouters.
I feel totally misled and cheated.