​Name
​A tropism (from Greek τρόπος, tropos, 'a turning') is a biological phenomenon, indicating growth or turning movement of a biological organism in response to an environmental stimulus. The most common example of tropism is a plant growing in the direction of light.
Taking their lead from the biological phenomenon, the Tropists are a Dutch collective of installation artists, visual artists, photographers, media artists, designers, cineasts, technologists and scientists. In their work they deal with phenomena occurring literally or figuratively at the edge of perception - events that are hardly noticed, but which lead to a reaction similar to the manner in which a plant responds to light (e.g. phototropism). The Tropists feel a great affinity with the natural world, and their works seek to depict natural phenomena in new and unusual ways. Tropism turns you on.

Troppro
Tropism Productions (Tropro) branches in a variation of art domains with nature, science and technology as frequent ingredients in order to surprise and perhaps every now and then generate awareness. All projects in this site are available for festivals, galleries, museums, theatres or, if applicable, obtainable as works of art. The Tropism Art & Science Foundation is, besides an independent art collective, also a well equipped organisation for original, innovating and daring projects produced in assignment. We have expertise in a rare and qualitative combination of competence. It is an array from concept, curating, scenario, production, film, television design, production, documentary, animation and virtual reality. We emphasise our muse in musea, enlighten nature in the city and create engaging art for cultural destinations. With art we can fulfil, cheer and enlightening. Tropism Productions  can offer moving media made to measure.

Tropism Lab
Research and experiments are done in the Tropism Lab in the Flower Art Museum in Aalsmeer where we have our own exhibition space. Recent artworks, projects and installations and films are on display and change each six months. 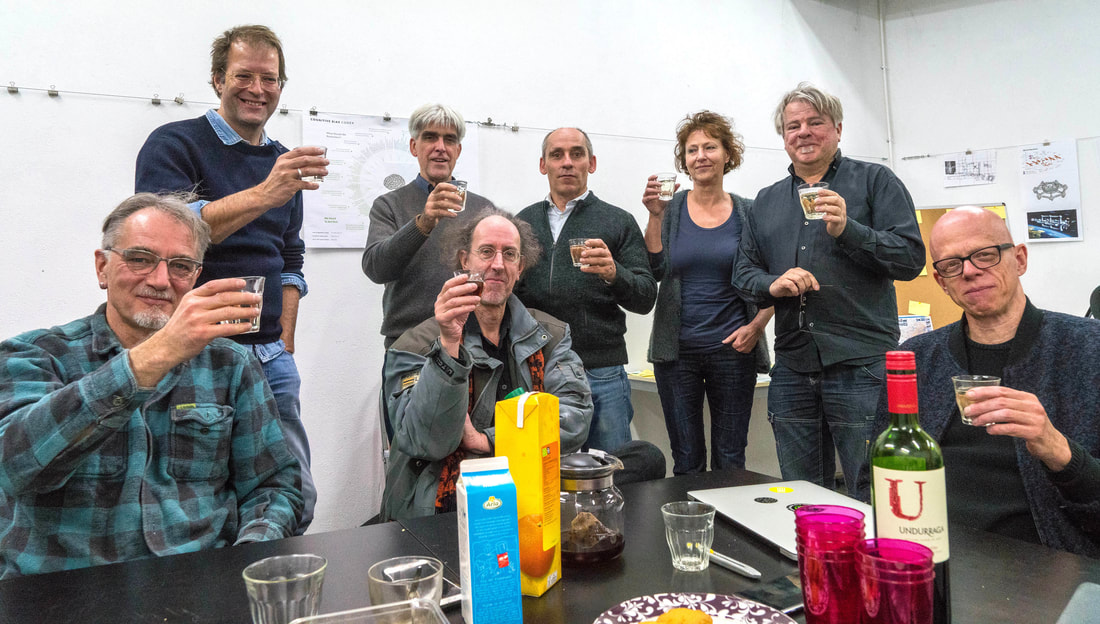 
Route by public transport
From Amsterdam Central Station:
Take bus 48 direction Borneo Eiland. Get out at the 5th busstop, Azartplein (6 minutes) and walk passing the fountain and you will see the Loods 6 building. Take the central entrance, not the West entrance.

From e.g. Leidseplein, Vijzelgracht or Weesperplein: take tram 7 direction Azartplein (get out at terminus Azartplein)

• Tropism is a phenomenon of imperfect coincidence and it reveals itself in the periphery of our perception. It is the origin of our gestures. Bob van Walderveen (1931-1995)
• Tropism gets stuck where others continue. Alfred Marseille
• Life multiplies by devision. Robin Noorda
• Under pressure everything becomes liquid and is moldable. Robin Noorda
• Tropistic artists are stimulated by plants. Margot van de Stolpe
• Tropism connects the irreversibility of the notion of entropy with the causally inexplicable connectedness of Jung's synchronicity. R. Cay