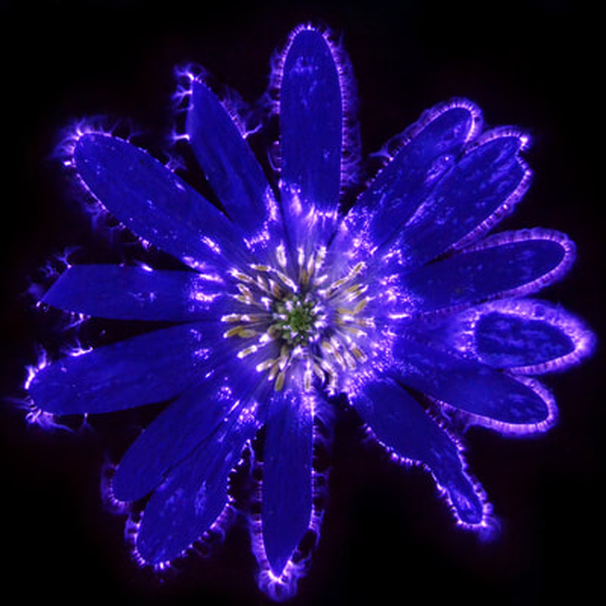 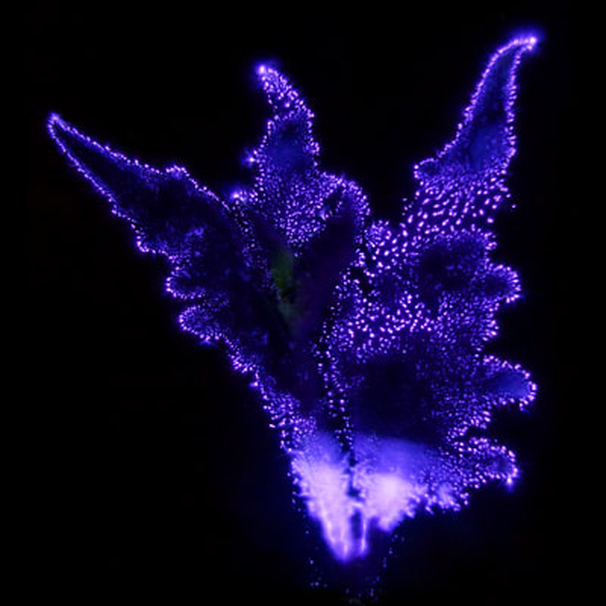 The blue fingerprints are my own.

The red fingerprints are of a medium. 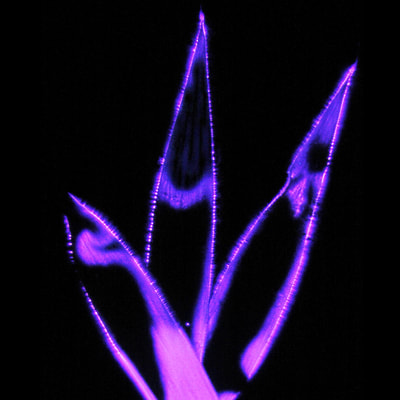 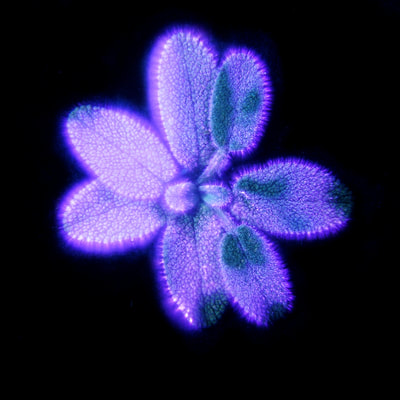 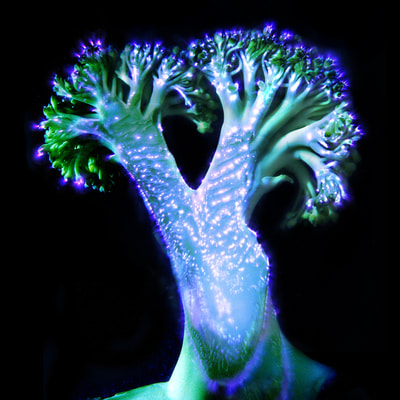 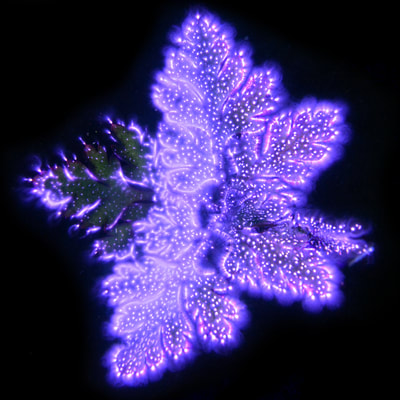