Quotation from the book ‘Transit Mongolia’

​Chapter: Traces of Soviets - From factories to streetkids

The 70-year occupation of Mongolia came to an abrupt end in 1991 when the Mongols threw the Soviets out. But it resulted in mass unemployment. The Russians had held all the key management positions so when they left all factory production came to a standstill. The factories were then plundered and left to decay. 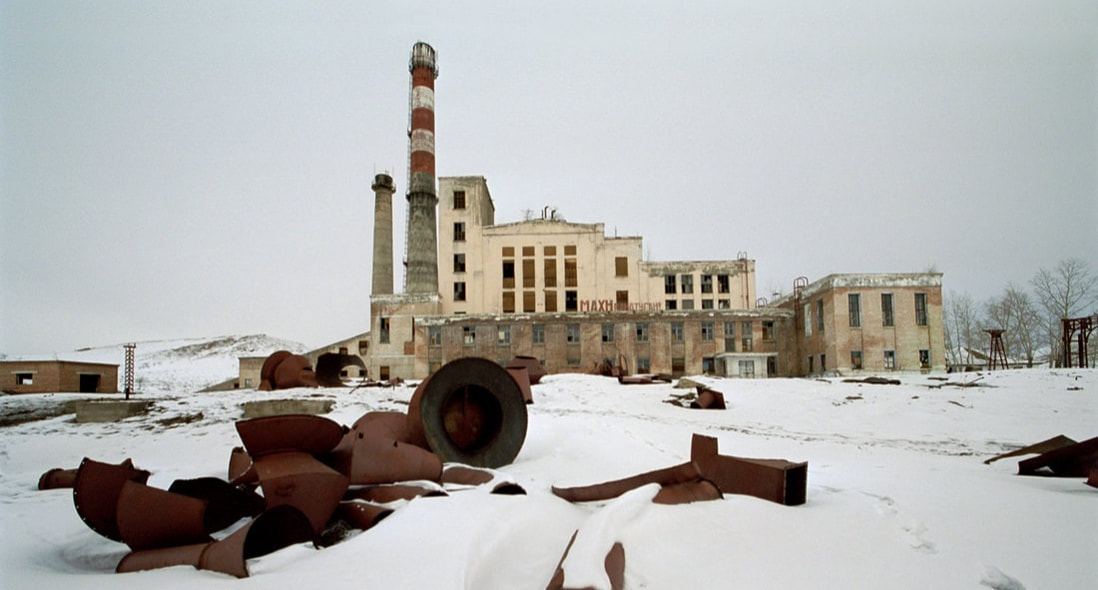 Mass unemployment forced many Mongols to return to their traditional nomadic lifestyle with their herds of goats, sheep, horses and camels. For the first decade they managed quite well. Every city person has family on the planes and the nomadic life is in their genes. But disaster struck due to overgrazing and severe drought during the summers followed by the unusually harsh winters of 1999, 2000 and 2001. Temperatures dropped to a staggering -50ºC and the loss of livestock was inevitable and enormous. On average one third of the livestock died, but in the Northern Aimags it was even worse. Many nomads lost their lives as well. Those that survived became destitute and without any possessions turned back to the cities, mainly to the capital city Ulaan Baatar (UB) where huge slums arose. 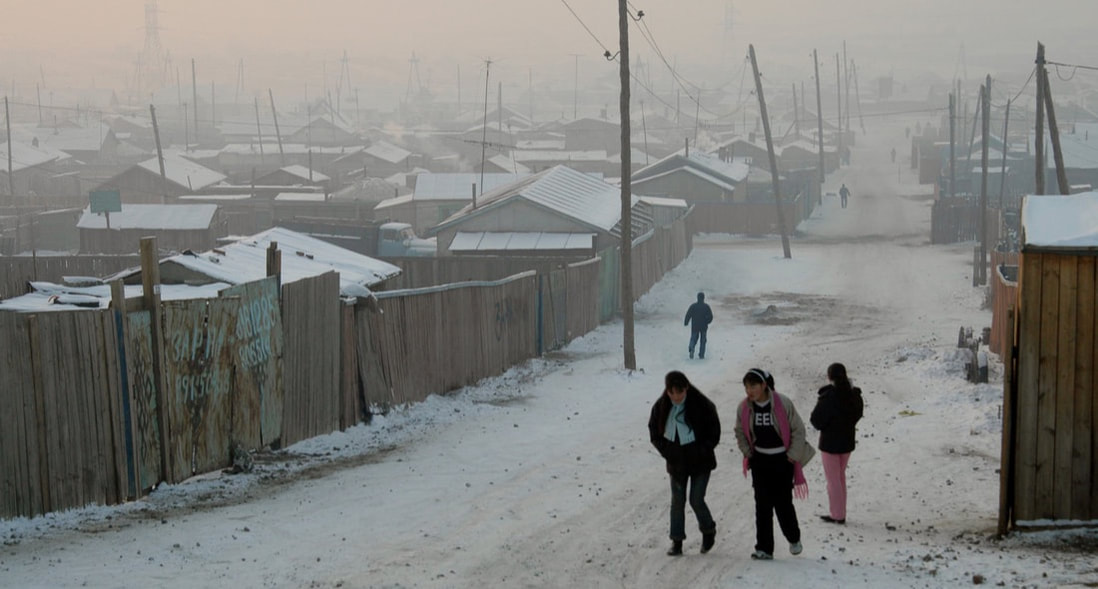 Poverty, unemployment and few prospects, combined with the Russian legacy of widespread Vodka abuse led to an increase in violence and the breaking up of many families. The Mongols are missing a gene that speeds up the breaking down of alcohol in the body. They have this in common with the Inuit people and Indians, with whom they share a common ancestry dating back from the prehistoric Mongols. In evolutionary terms the introduction of alcohol has been introduced too recently in their culture to be readily adapted. Mostly it is the men who drink and the mean drunk is a tremendous problem. It’s an all too common phenomenon to find a tramp, who had been wondering the streets in the winter with a bottle of Vodka, dead from suffocation. Vodka doesn’t freeze at -15ºC, but a mans throat will if he drinks it. Family abuse became a serious and widespread problem that also led to an explosion in the number of street kids fleeing the violence. 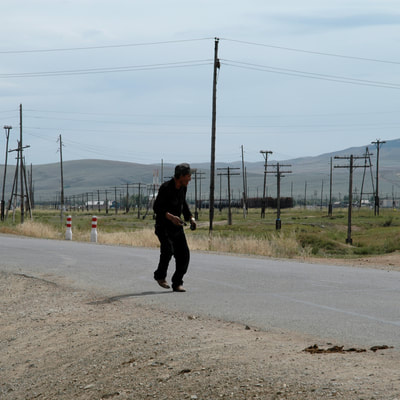 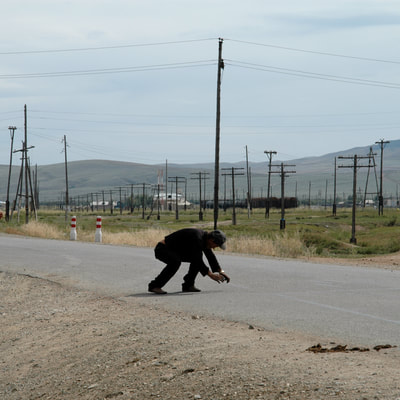 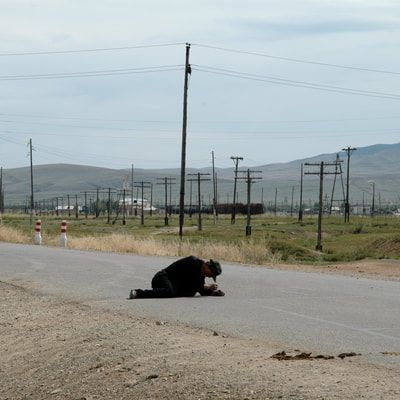 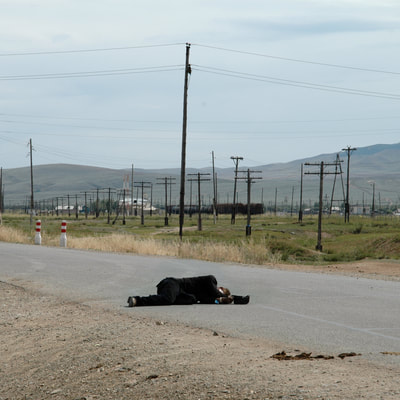 A drunken man collapsing in the middel of the road
Chapter: Traces of Soviets - Visiting the street kids underground
​
Chimneys from the brown coal burning power plants dominate the skyline of Ulaan Baatar. On a windless winter day the smoke from these chimneys combined with traffic exhaust turns to smog that hangs in the thin air unable to escape the surrounding valley. On some occasions this smog was so thick that you could hardly see across the street and breathing felt like swallowing needles.
Besides electricity the Soviets built power plants to provide city heating. This central heating system is traditionally turned on on the 14th of September despite the fact that the outside temperature is still around 24ºC. Inside the temperature jumps to an unbearable 40ºC. There are no thermostats so as a consumer you have no influence on the temperature; you can’t even turn the radiators off. Everywhere the windows are open to let the heat out. Of course one does have to pay for the enforced heat. It is said that the management of the power plants do this on purpose to generate more income. In mid winter however people are very happy with the heating system. 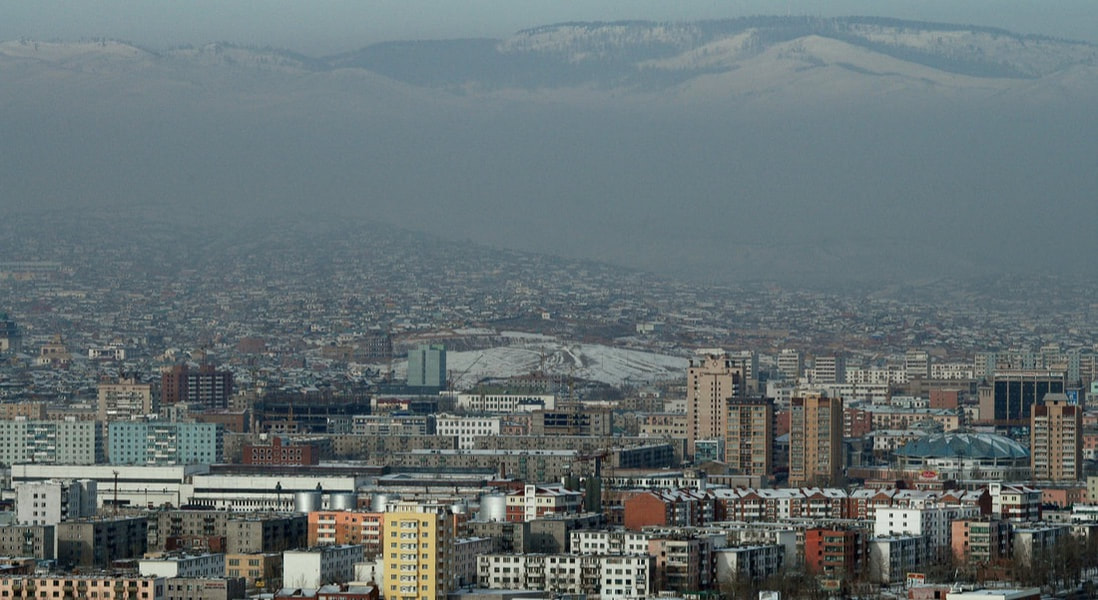 piping of the power plant
An extensive network of hundreds of kilometres of pipeline distributes the heated water throughout the city, partly above ground. The pipes are insulated with asbestos, which in many places is eroding badly, as maintenance is rare. This situation is creating a serious health hazard and time bomb for the people and animals that live in the city and the surroundings.
In the centre of the city the pipelines are located underground and the manholes, maintenance rooms and tunnels have become the winter domain for some 4000 street kids. 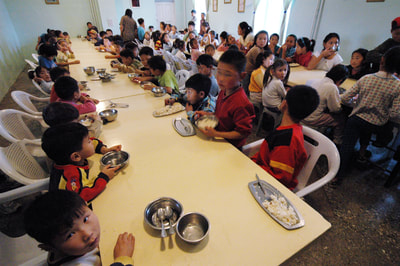 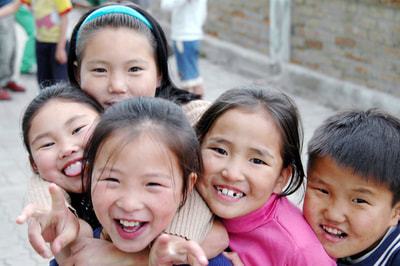 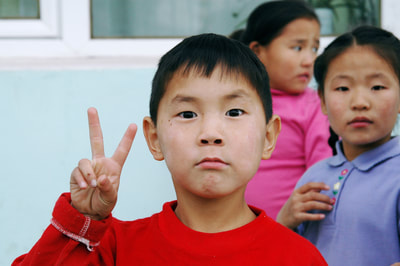 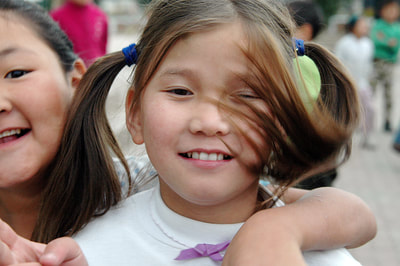 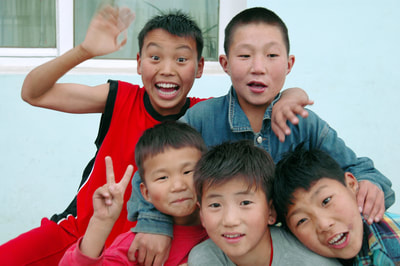 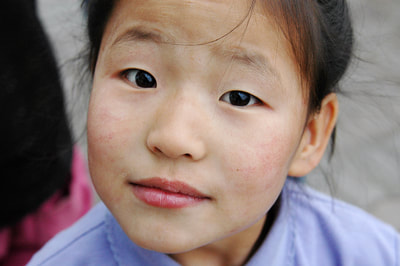 Former street kids in the orphanage of sister Lieve
A Belgian nun, sister Lieve, has devoted her life to taking care of these homeless kids. We joined her on a Wednesday in February, the day before the Mongolian new-year and the biggest festivity of the year. As on every Wednesday she plans to visit some locations where the street kids have their underground shelter to bring bread and soup with the help of a small army of ex-street kids.
The Mongolian New Year is celebrated with the obligatory family reunion and an enormous feast where a complete sheep will have been prepared for weeks in advance. The meal is then followed by a visit to the Buddhist temples. The day before New Year is also a feast, but for friends. It is the busiest day of the year where everyone is on the move visiting each other. By six o clock the city is completely congested, every car honking loudly as if that would solve the traffic jam. I had a problem: It was already dark and I still had to pick up my filming lights at the other end of town and our meeting with sister Lieve was at six. A good Mongolian friend and driver Kaadr saved the day. We took a hectic ride, driving over sidewalks and taking frantic short cuts through the slums and miraculously managed to arrive at our destination just as sister Lieve was about to leave with two vans to go to the street kids. I sat down in one of the vans next to a huge pan of soup. When we reached the first manhole we found the kids where already eagerly awaiting our arrival. The site was an isolated spot behind a timber wall and some storage buildings.
​The food was immediately handed out to the group of 32 kids aged between 5 and 18.

soup for the streetkids on New Years Eve
​A girl of 16 leads the gang and sister Lieve told us that she had already given birth to three babies, tragically one had died, one had walked away at two and one was taken away on the night of the birth. After they ate their bread and soup I was allowed to enter their manhole. The outside temperature was -37 ºC. The girl led the way and showed me where to put my feet and what to hold on to. I switched on my lights and descended into the hole in the ground. The heat immediately overwhelmed me. It was at least +40 ºC in this 2,5 by 2,5m bunker due to the heat from the piping. The incredibly strong stench and the thousands of flies, which would immediately freeze on the outside, hit me.
More kids followed and I learned that all 32 of them shared this place at night. When I wondered how they could all fit, I guessed that they must sleep in shifts. I positioned myself in the corner opposite the entrance and discovered that the concrete walls were covered in a sticky greasy coating. In the right corner I could see the pelvis of a cow with some red scratches of meat remaining and covered in flies. This was probably their last meal and perhaps had yet to be finished. These kids are astonishingly friendly and were delighted with my visit. By means of gestures they asked me if my pictures would end up in a magazine. When I said no they were clearly disappointed, but when I than quickly explained that they would appear in a book there was lot of laughter. I sat with these children for three quarters of an hour and it was one of the most deeply moving experiences of my life. The smell was the worst part and literally stuck to me. It remained in my coat until I took it to a cleaner back home. 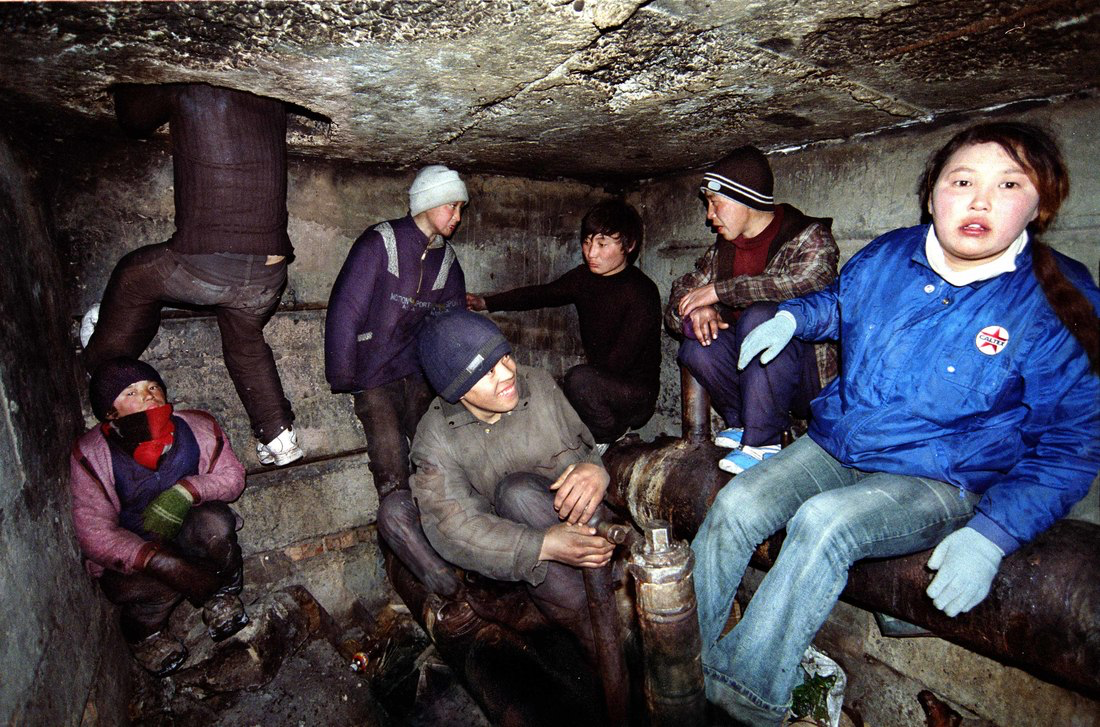 inside the manhole
​After giving some gifts for New Year, saying goodbye and wishing them all the best, we left for the next distribution place where adults also lived underground. When I arrived the people initially agreed to my taking pictures but the mood quickly turned grim and I was asked to stop. It is a dark but open space between blocks of houses and the filming lights probably gave too much attention to the depressing details. I was only able to shoot one short shot of a 5-year-old boy looking out of the snow-covered entrance.

The third location turned out to be even grimmer. We arrived to find smoke coming out of the manhole and it was apparent that the place had been set on fire earlier that day. This had happened before according to sister Lieve. People that live in the surrounding blocks were burning the underground family out. When a man stumbled out of the dark and came closer, sister Lieve recognized him as the former inhabitant. He had lost track of the rest of his family and was very desolate and drunk. After giving him soup, we left.

Quotation from Transit Mongolia - Robin Noorda
The book (with the documentary film included) is sold out and a collectors item, but I do have some copies left. Inquiries here 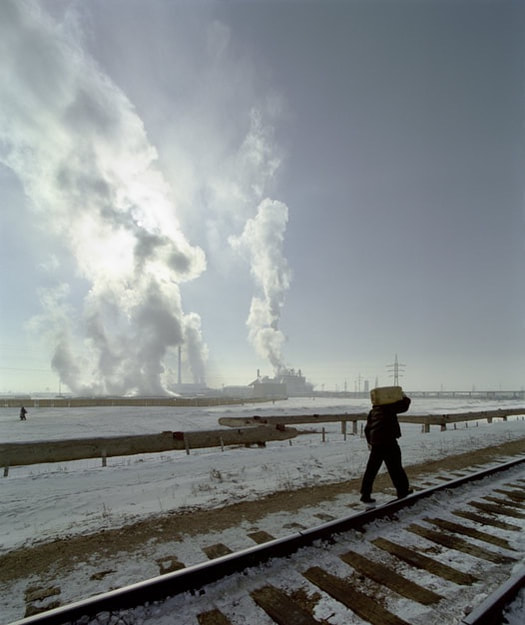